Archaeological research has been a very important activity in Cerdanyola since 1986, when excavations began in the village of Ca n'Oliver by the CRAC and the City Council of Cerdanyola. Throughout these years, a great number of archaeological interventions have been carried out and have deepened the knowledge of the oldest history of Cerdanyola as well as giving to the Museum a very important archeological fund and a great diversity of scientific publications and dissemination.

Archaeological excavations are regulated by the Archaeological and Paleontological Interventions Decree and it is the Generalitat de Catalunya who has the competences and authorizes them. The Decree establishes that, once the archaeological work has been completed, the director or directors of the campaign are obliged to make a report on what has been done and, before two years, they must present to the Generalitat a report with the results of the investigation. Excavation reports can be consulted at the Archeology Service (Department of Culture, Portaferrissa, 1. Barcelona), upon request. 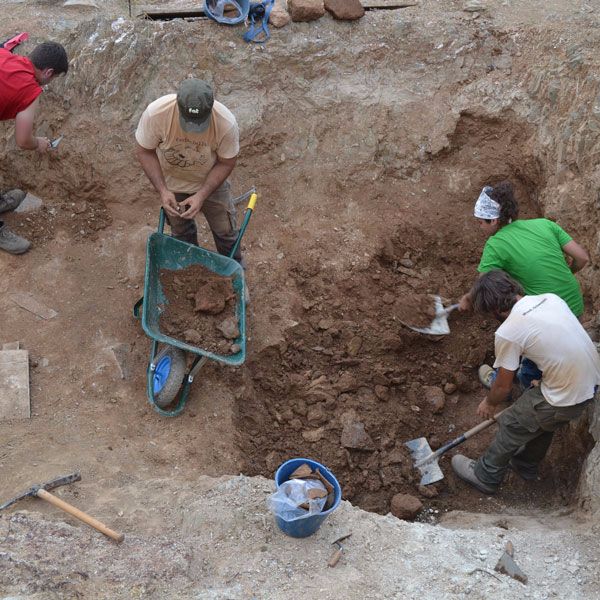 Archaeological interventions based on research projects that must have the support of a scientific institution (a university or a registered museum, such as Ca n'Oliver). The Generalitat authorizes and, when appropriate, subsidizes them on the basis of the submitted project and the competence of the management of the works and the research team. In Cerdanyola, the campaigns have been usually done during periods of vacations with the participation of university students. In recent years, Ca n'Oliver has been working with a team of professional archaeologists and university and high school students. Four archaeological sites have been the subject of planned excavation campaigns: the Iberian settlements of Ca n'Oliver and Can Xercavins and the settlements of the UAB Sports Center and the Faculty of Medicine. Excavation campaigns in the settlement of Ca n'Oliver began in 1986 and were discontinued in 1991 due to technical reasons.

At that time, interventions began in the settlement of Can Xercavins. In 1998 the works started again until today, with an interruption linked to the construction of the Museum (2009-2010). Until 1991, archaeological interventions in Ca n'Oliver were made with archaeology students from different universities in Spain. After the campaign ended, the remains were covered with sand to protect the site. The settlement could not be visited and the results of the research were limited to the scientific community. In 1998 the site is excavated combining professional archaeologists and students from Catalan universities, restoring and marking the remains and, since 1999, it is open to the public. The settlement of Can Xercavins is a small village located next to Collserola in a small elevation. Because of its typology and chronology it is a very interesting settlement to understand the exploitation of the territory during the Iberian time in Laietania. It was excavated between 1991 and 1998 and in 2002. The site of the UAB Sports Center is a deposit formed by pits that go from the Neolithic to the Iberian period and reflect the continuity of settlement of certain places in the Vallès plain.

The site was excavated in 1982 by UAB students under the direction of Professor José Luis Maya. During the years 1988 and 1990 the excavations were directed by the CRAC and the City Council. In 1994, the last intervention in the deposit was made, and then it was considered totally depleted. The site of the Faculty of Medicine is an Iberian settlement similar to a farm that stretched across a small rise in the UAB campus. It was excavated during the academic year of 1997 and 1998 within the program of archeology apprenticeships for UAB students. The deposit is totally depleted.

Generally, these are archaeological interventions linked to the discovery of archaeological remains or evidences in a public or private work. Usually the works stop or move to another point while archaeologists document the remains. As in the case of programmed excavations, the Generalitat is who authorizes the intervention and who establishes if the located remains, once excavated, can be destroyed or will be preserved.

In Cerdanyola a large number of emergency archaeological interventions have been made linked to the urban expansion of Cerdanyola. Only the site of the Chalcolithic hypogeum of the Paris street in Cerdanyola has been an intervention within the town. Most of the excavations have been done, therefore, in the area that today configures the Parc de l'Alba. Also in the Natural Park of the Collserola mountain range have been made some urgent archaeological interventions or linked to the rehabilitation of a building.

In the church of Sant Iscle i Santa Victòria de les Feixes and the hermitage of Santa Maria de les Feixes excavations have been made, and near the farmhouse of Can Coll, in the street Canaletes de Montflorit and in a path in Can Bertran have been documented very damaged remains from different times. Emergency interventions at the Parc de l'Alba (Vallès Technological Park, Autonomous University of Barcelona, Synchrotron, etc.) were presented at the exhibition Abans de l’Alba. Recerca i patrimoni (“Before Dawn, Research and Heritage”) and are included in the exhibition catalog (Francès, Argelagues Guardia, 2016). 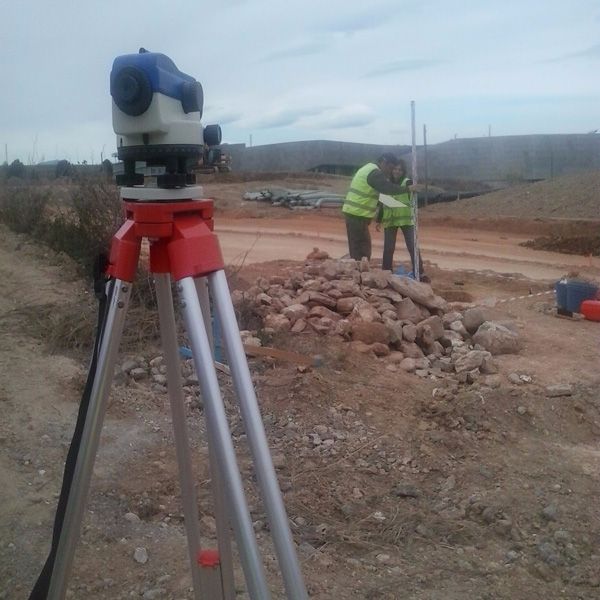